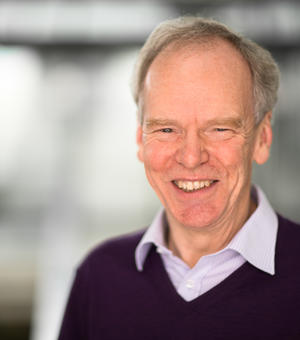 It is with great sadness that we record the death of J. Peter Neary, Emeritus Professor of Economics in the Department of Economics, on 16th June, 2021.

Peter Neary was Professor of Economics at the University of Oxford, a Senior Research Fellow (Honorary) and a Professorial Fellow of Merton College Oxford. He  held full-time positions at Trinity College Dublin and at University College Dublin where he was Professor of Political Economy from 1980 to 2006. At the time of his death, he was President of the Royal Economic Society.

Born in 1950 in Drogheda, Ireland, Peter Neary was educated at University College Dublin and Oxford, where he completed his D.Phil. in 1978. He was a post-doctoral Visiting Scholar at MIT and a Visiting Professor at Princeton, Berkeley, Queen's University (Kingston, Ontario), the University of Ulster at Jordanstown, and the Ecole Polytechnique, Paris. He was an editor of the European Economic Review from 1986 to 1990 and served on a number of other editorial boards. He was President of the European Economic Association in 2002, and played a leading role in establishing the Journal of the European Economic Association. He has also served as President of the Irish Economic Association and the Royal Economic Society. He was a Research Fellow of the Centre for Economic Policy Research and a Fellow of the British Academy, the Econometric Society and the CESifo Research Network. He was a Member of Academia Europaea and of the Royal Irish Academy, whose Gold Medal in the Social Sciences he was awarded in 2006.  He was made a Doctor of Economic Science, honoris causa, by the National University of Ireland in 2021. He has lectured widely, including the 2002 Ohlin Lectures at the Stockholm School of Economics, the 2008-2009 Graham Lecture at Princeton, and the 2015 Corden Lecture at the University of Melbourne.

Measuring the Restrictiveness of International Trade Policy by Jim Anderson and Peter Neary was published by MIT Press in 2005. Peter Neary also edited three other books and published over a hundred professional papers. His main research field was international trade theory, where he worked on short- to long-run adjustment, the economics of resource-rich economies (especially the "Dutch Disease"), trade and industrial policy, and the implications of imperfect competition (especially oligopoly) for trade and globalisation, among other topics. He also wrote on consumer theory (including rationing and index numbers), industrial organisation (including the economics of research and development), and macroeconomics (including international macro theory and Irish economic policy).

In addition to his full-time position in Oxford, he was a Research Fellow of the Centre for Economic Policy Research. Other professional activities and honours included the following: